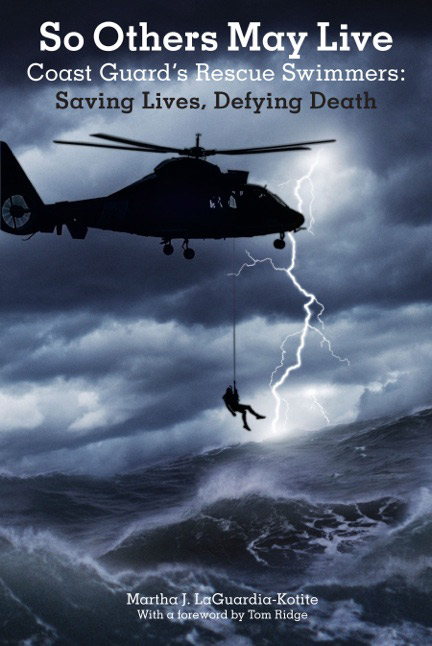 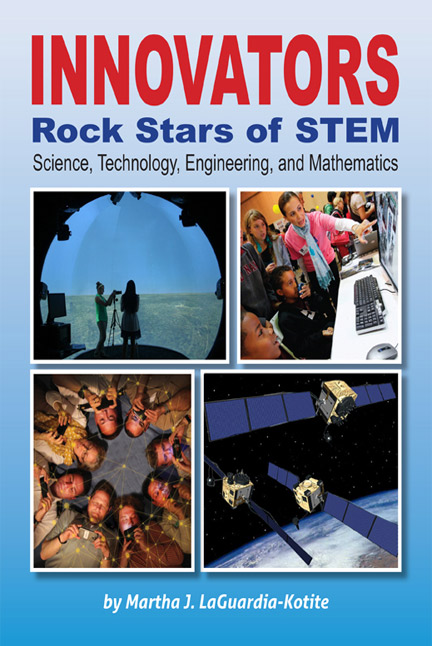 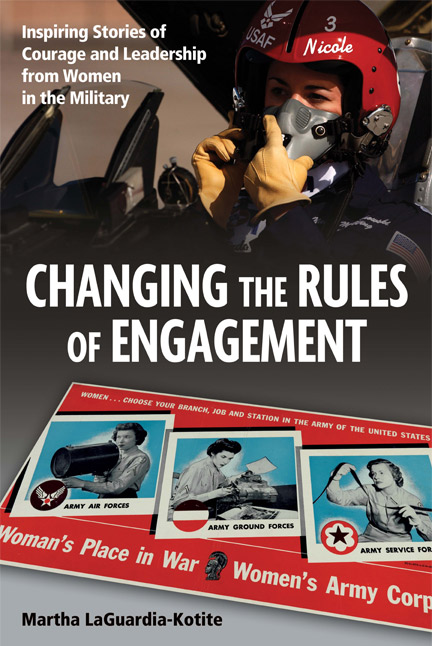 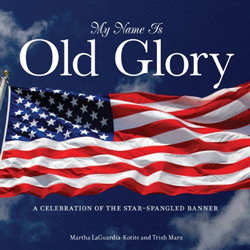 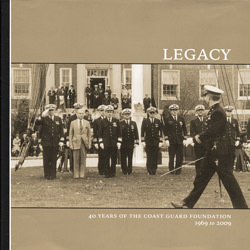 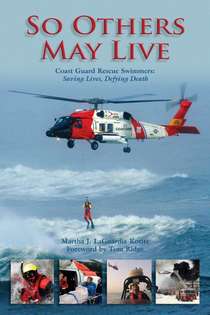 So Others May Live is the untold story of the history of the U.S. Coast Guard helicopter rescue swimmer. There are twelve heroic stories which chronicle a representation of the greatest maritime rescues attempted since the inception of the program in 1985. These feats, told through the eyes of the hero, reveal an understanding of how and why the rescuer, with flight crew assistance, risks his or her life to reach out to save a stranger. The events unfold in diverse geographic areas and environments: oceans, hurricanes, oil rigs, caves, sinking vessels, floods, Niagara Falls and in the aftermath of one of our countries worst natural disasters, Hurricane Katrina.

Working in conjunction with the Coast Guard Foundation, the former Secretary of the Department of Homeland Security, Governor Tom Ridge has penned a foreword for this book.

These events are true and classified as legitimate by the top rescue swimmers in the business. They support these accounts as being illustrative of the best of the best. This collection includes the story of the first woman rescue swimmer (in all the military services), the first Distinguished Flying Cross awarded to a swimmer and real cases that became catalysts for equipment changes and mandatory training scenarios implemented later in the Advanced Rescue Swimmer School. These stories reveal for the first time how swimmers deal with their own, raw feelings and emotional distress following difficult or tragic cases. Now, instead of leaving the service, they are assisted through their recovery by Critical Incident Stress Management counselors and return to work.

Mandated by Congress after the significant loss of life from the sinking of the vessel Marine Electric and coupled with findings of fact from the NTSB investigation of the Air Florida 737 crash into the District of Columbia's 14th Street bridge one year before, this book details, for the first time, the history of the program’s development and the need for hypothermic survivors to be rescued with new techniques. The accounts are supported by interviews from the "first five" swimmers and officers, founding fathers and men who were integral for the creation of this profession. Working from official documents, survivor and rescue swimmer interviews and period photographs, their courageous stories are told. So Others May Live also describes the program’s internal and external challenges, lessons learned, training, skills and the motivation required of a swimmer to risk his or her life and come back alive. The program, its men and women, are models for military services worldwide.

A portion of the author’s proceeds from the sale of this book were donated to the Coast Guard Rescue Swimmer School for the development of a new aquatic facility in Elizabeth City, North Carolina. The new facility opened in October of 2012.

So Others May Live is available in paperback and e-book from your local bookstore, The Lyons Press or on the Internet.

Martha Laguardia-Kotite has perfectly captured the genesis of the legendary Coast Guard Rescue Swimmers. From their bare-bones beginning to The Perfect Storm off the Atlantic Coast; from the sea lion caves on the Oregon Coast to their heroic (and unacknowledged) work during Katrina; we follow these super heroes as they defy death on an almost routine basis.

THIS is a totally awesome book for a young man who is a future rescue swimmer with the USCG. Every type of rescue since the beginning of the team is noted in the various accounts. AND the book is autographed/ signed by the author.

I didn't realize how new the rescue swimmer program really was. This book provides an excellent history of the program, followed by some of the most hair-raising rescue cases in the Coast Guard's recent history. It is amazing how few people were behind the development and this program and the on-going success.

A great read that provides insight into the Coast Guard's current standing in the military. Highly recommended!

Learn about a boy whose paper airplane design earned a place in the Guinness World Records and led to his career as an aeronautical engineer.

Meet a woman who works in a secret world. Discover what technology everyday items like cars and cellphones have in common with the military.

Together with Engineers for America and the Air Force Armament Museum Foundation, I'm proud to introduce young adults to some of the most important innovators - men and women working in the fields of sciences, technology, engineering and mathematics - at the Air Force Research Lab in northwest Florida.

Excellent book. Really inspired my 8-year old. She asked so many good questions we had to put down the book for bedtime. I recommend it to expose children to science in an intriguing way that speaks to them.

Changing the Rules of Engagement

Changing the Rules of Engagement documents the lives of women who have shattered the glass ceiling and performed extraordinary feats while serving their country. By telling their stories about their remarkable careers in traditionally male-dominated environments, Martha LaGuardia-Kotite demonstrates how tenacious and courageous women can achieve the unimaginable.

Among the pioneering women profiled are Vice Adm. Vivien Crea, who as vice commandant of the U.S. Coast Guard held the highest-ranking position of any woman in the history of the U.S. military and was the first female Presidential Military Aide; Lt. Col. Tammy Duckworth, USA, a Purple Heart recipient and triple amputee who was shot down in Iraq while piloting a Black Hawk helicopter; and Heather Wilson, an Air Force Academy graduate, Rhodes scholar, and the country’s only female veteran in Congress. Included are the inspirational stories of women Marines, one of the three female Shuttle commanders in the history of the NASA program, and the first female members of the military service academies’ gender-integrated classes, who recall the highs and lows of their trailblazing experiences.

These are only a few of the remarkable women who tell their own inspiring stories in Changing the Rules of Engagement. Representative of a widely diverse group of enlisted women and officers from different races and cultures, they have succeeded since the mid-1970s at combating prejudices and aiding change in the military with intelligence, passion, and honor while serving on the front lines.

Martha's new book on women in the military comes at an exciting time for our nation and the world. She has the ability to engage the reader in every detail. The stories are always encouraging and inspirational. 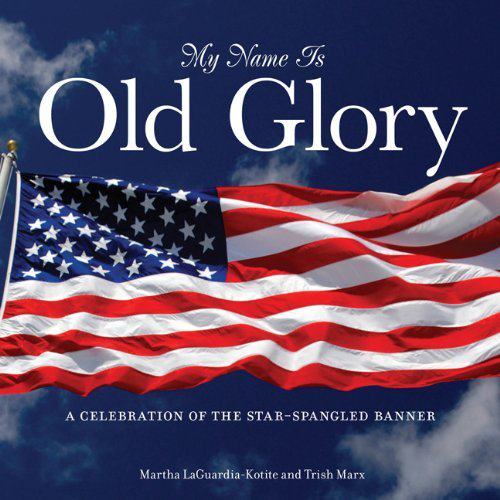 My Name Is Old Glory: A Celebration of the Star-Spangled Banner

For decades now, the poem “My Name Is Old Glory” has been read at military retirements and patriotic ceremonies. Composed by an unsung Marine who served during WWII named Howard Schnauber, it expresses his feelings about the Star-Spangled Banner.

In this book, Schnauber’s simple but powerful lines blend with timeless images--from a civil rights march to the Moon landing, from Iwo Jima to September 11, 2001--that capture the courage, strength, and glory embodied in our national treasure. With sidebars about significant flag-raising events, the flag acts of 1777, 1794, 1812, and 1912, flag etiquette, personal reflections about what the flag means to Americans of all ages, and much more, this is sure to be the flag book of the year.

I would define Martha Laguardia Kotite as one of the best prolific writers of today with a passion for telling a story that puts you 'right there' in the scene. "My Name is Old Glory" is a personal and professional testament that illustrates her superb work. It tugs at your heart - and makes you feel proud to be an American. Buy several ... they make great gifts!

I have had the privilege of serving with Martha Laguardia-Kotite in the Coast Guard and her heartfelt passion for her country comes out clearly in this simple yet powerful look at our Nation's flag. The poem Old Glory is a wonderful opening for the historical information that follows. The pictures do an amazing job of supporting the text that describes the role of the American Flag in our history dating back to the founding of the country and through many of the more recent trials that tested the resolve of our Nation. The book captivated my eight and five year old and had them looking forward to their evening stories like few books before. It is a book that I am proud to have in my home and I could not offer a stronger recommendation to anyone who wants to instill the values of our great Nation in their children.

This book is moving and heart warming. It truly moved me reading the poem "old glory". This should be required reading for all students. As it seems the feelings toward the flag has been lost on our youth. I highly recommend this book to all American's with a heart.

I was very impressed with this book. I bought one for ourselves but also bought 2 copies and shared them with our local library. Great picture book for children and wonderfully written for adults. I only wish everyone had as much love for our flag as these writers do.

Legacy: A History of the Coast Guard Foundation

Founded in 1969, the Coast Guard Foundation was initially created to provide margin of excellence support for academic, athletic and morale programs at the Coast Guard Academy.

The organization's founding directors were Coast Guard veterans who served together during World War II. The founders, who enjoyed successful careers after their military service, believed the Academy had needs that private funds could fulfill that weren't being met by the Coast Guard's operating budget.

In addition to Arnold I. Sobel, Samuel "Bud" Silberman, and George Holtzman, early Foundation directors included such luminaries as G. William Miller, the nation's 65th Secretary of the Treasury and 11th Chairman of the Federal Reserve, and Fairleigh Dickinson, Jr., a New Jersey state senator, and chairman of the university named after his father.

In 1986, the Foundation expanded its charter to support projects that enhance the education, welfare and morale of all Coast Guard members and their families. Since the expansion of the Foundation's mission, hundreds of dependents of Coast Guard personnel have received college scholarships, and numerous cutters, bases and units across the country have benefited from exercise equipment, learning materials, distance learning centers and other support initiatives.

A portion of my book sales proceeds are donated to help veterans.