A most memorable experience for me, one that I will cherish the rest of my life, took place recently on the stage of the Emerald Coast Theatre Company (ECTC). Invited to serve as one of only four story tellers for the 2019 season, I accepted this unique opportunity months ago. In preparation for this February evening, I rehearsed for many days, changing my style presenting to audiences as a motivational speaker to simply tell a story. The story, titled “To Almost Die,” from my book So Others May Live: Coast Guard Rescue Swimmers Saving Lives, Defying Death, was about a daring Coast Guard helicopter aircrew rescue in an Oregon cave.

This story was symbolic and special for me in many ways. The hero of this rescue, Tristan Heaton, with his aircrew’s courageous help, nearly died. His story was the first story I had written and was the catalyst for my years of work developing and writing this book. Tristan’s belief in me as a new writer motivated me to be persistent, not give up. He did not give up when he nearly died in that cave. He pressed on. This collection of stories were also important to me as a 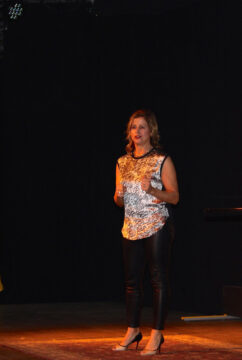 Coast Guard officer because I was accepted into this nearly all male community of rescue swimmers as an officer and a writer – given a gift of trust by this community of enlisted heroes and pilots across the service who supported me to serve as their storyteller. I accepted with honor and made a commitment to tell their legacy, their history in a way they would be proud.

So on that night, nearly 11 years after this award-winning book was published, I was going back into those years, those memories of interviewing and writing about our Coast Guard men and women and feeling humbled by their spirit, their bravery, their accomplishments. The second story I shared with the audience was captured in a short video. A documentary style telling of an Alaskan rescue, also in my book titled “Believers,” about a father and son who were saved from a storm of unforecasted ferocity. The Coast Guard helicopter aircrew who saved them, were like many crews before them, did not really want rescue swimmers in their cabin. This was a new program, still in its infancy. Why change what was done before? Well, that night in Sitka, the pilots and crew asked the rescue swimmer if he would descend into the chaos below to save the father and son. There was no other way. That swimmer, Jeff Tunks, said yes. He said yes to his first rescue. Their success, despite the odds and incredible recovery from the extreme forces of nature which almost crashed the helicopter, forever changed the trajectory of the program to become what it is today.

When the video ended, the biggest moment of the night for me was when I surprised the audience with the news that one of the pilots from this rescue was here, all the way from his home in Alaska. “Would you rise and help me welcome John Whiddon to the stage?” There were gasps and oohs and ahhs and applause. John spoke for a few moments and we both answered questions. What a moment! What a night! What a wonderful memory for us all. I’m grateful to have served as a storyteller and am glad I accepted this invitation from ECTC. 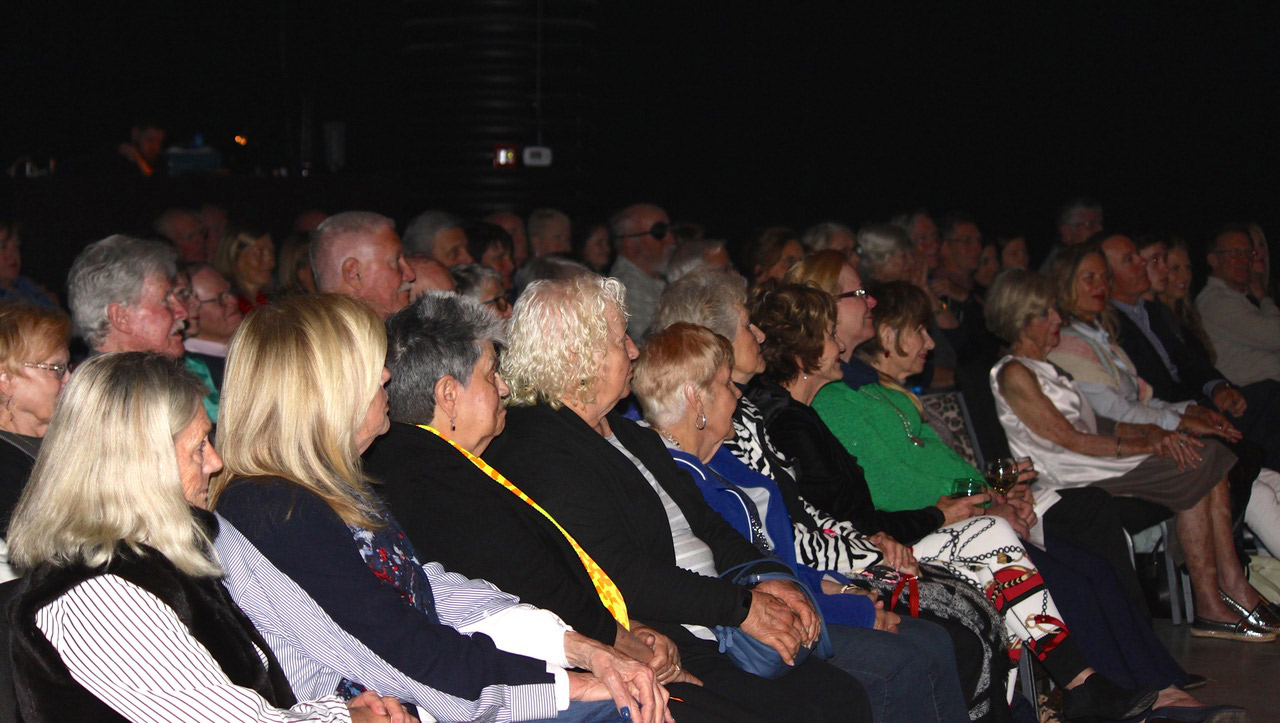